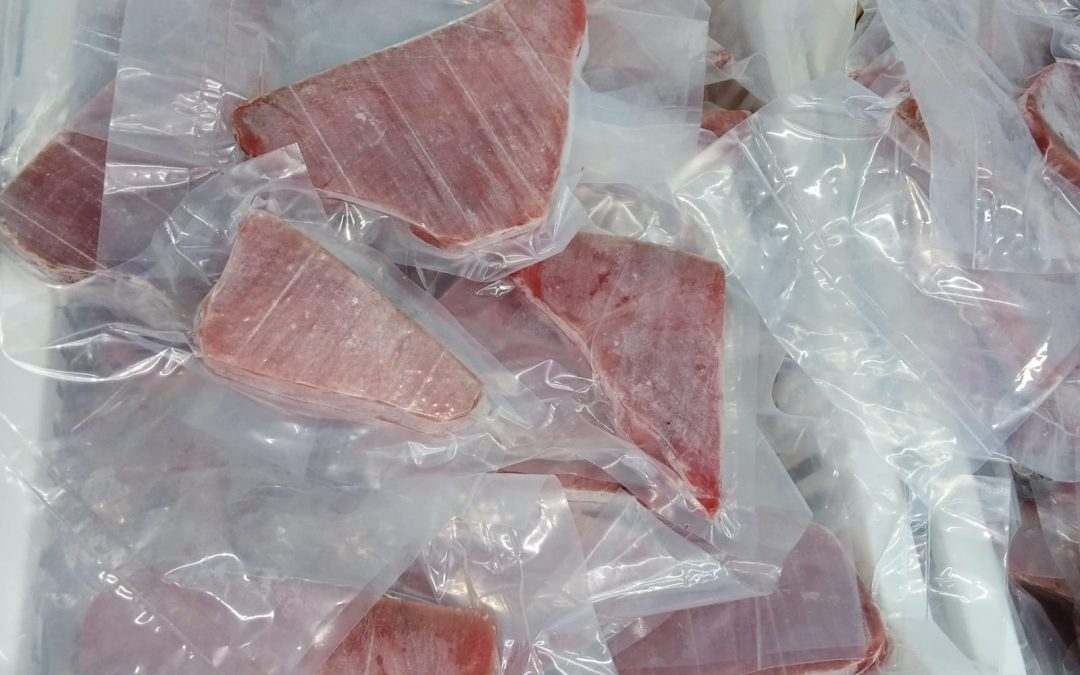 The Ecuadorian fishing industry has been developing activities for international trade since the middle of the twentieth century. Until then, this industry was focused on covering the national demand. The introduction of industrial fishing activity associated with the capture, processing and commercialization of tuna and marine shrimps in Manta, Guayaquil and Posorja. The tuna industry is the main activity for the industrial fishing sector of the country, and it has achieved, in its three phases: capture, processing and marketing, the accomplishment of national, international, and labor regulations and quality standards from: INEN (Ecuadorian Service of Normalization), MAG (Ministry of Agriculture and Livestock, know before as MAGAP), INP (National fishing institute), WTO, IATTC, FDA, WHO, FAO, ISO, DOLPHIN SAFE, HALAL, IFS, BRC, KOSHER, and ILO. The Ecuadorian tuna industry is particularly focused on capturing the following species; yellow fin tuna (Thunnus albacares), bigeye tuna (Thunnus obesus) and skipjack and bonitos (Katsuwonus pelamis). In general, these species are used for the processing of tuna into canned tuna, as well as tuna loins. The Ecuadorian tuna fishing fleet is one of the most important fleets of the Eastern Pacific
Ocean (EPO). Tuna is an excellent source of nutrients for human consumption, such as: fatty acids, omega-3, high quality proteins, selenium and vitamin D. Most tuna species have between 1 and 5 grams of fat for each 100 gram portion, and less than 50 milligrams of cholesterol and sodium (PROECUADOR 2016, page 6) Pregnant women or nursing mothers can consume a maximum of 170 grams per week of white tuna – albacore. (FDA and EPA, 2004). Furthermore, tuna consumption is recommended for preventing cardiovascular diseases, prostate cancer, immunological disorders and osteoporosis; for carrying out the late stage of pregnancy and for developing the neurological and cardiovascular systems of infants during the nursing period (FAO 2010).
“There is a dose-response effect of fish oil on blood pressure of -0.66 / -0.35 mm Hg / g of omega-3 fatty acids. The hypotensive effect may be stronger in hypertensive subjects and those with clinical atherosclerotic disease or hypercholesterolemia” (Morris MC, Sacks F & Rosner B. 1993, 88).