20 January 2021, Ecuador and Peru. Striped bonito is a pelagic-neritic fish that forms shoals with small tunas. 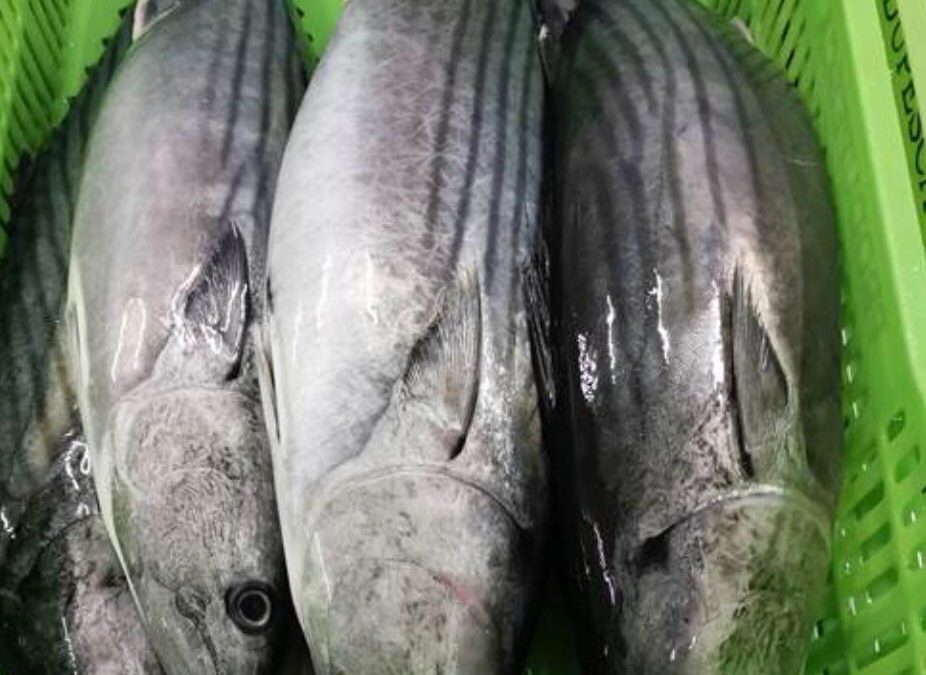 The Striped Bonito, Sarda orientalis, is a member of the Mackerel or Scombridae Family. Globally, there are four species in the genus Sarda, of which three are found in the Atlantic and two in the Pacific Ocean.
The Striped Bonito has an elongated rounded fusiform tuna-like body that is designed aerodynamically for speed. They are dark blue-gray dorsally (darker on their head) and silvery ventrally and on their flanks. They have a series of 8 to 11 broken narrow stripes running horizontally along their upper back. Their second dorsal fin is black. They have a moderately large mouth equipped with large prominent conical teeth on both jaws. Their anal fin has 13 to 16 rays and 5 to 7 finlets; their caudal fin is deeply forked with 2 small keels separated by 1 large keel at the base; the first dorsal fin has 17 to 19 spines; their second dorsal fin is set close to the first and has 14 to 16 rays followed by 7 to 9 finlets. They have small gill rakers. Their body is covered with small scales.

The Striped Bonito is a coastal pelagic schooling species often found associated with schools of small tuna. They are found from the surface to depths up to 165 m (550 feet). They reach a maximum of 1.17 m (3 feet 10 inches) in length and 10.7 kg (24 lbs) in weight. They form large schools and feed on clupeoids, crustaceans, fish, and squids. They are found in water temperatures between 13.5oC (56oF) and 23oC (73oF). Reproduction is oviparous with each female spawning several times per year and releasing between 80,000 and 115,000 eggs annually. Eggs and larvae are pelagic. The Striped Bonito is poorly studied and very little is known about their behavioral patterns.
In Ecuador differents names is Sarda orientalis (Temminck & Schlegel, 1844) BONITO, BONITO MONO, STRIPED BONITO, INDO-PACIFIC BONITO. Length: max. 1.1m; Weigth max. 11kg. Dark, silver-blue back; silvery to white sides and belly. Widely forked tail. Habitat: Pelagic, near-shore. 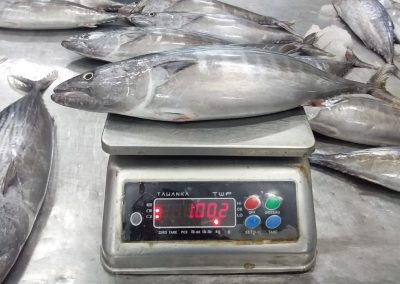 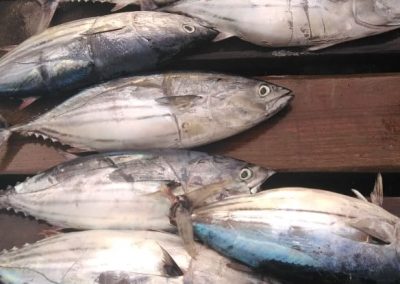 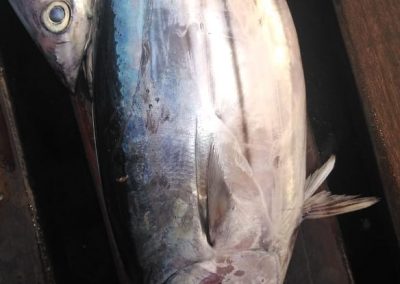 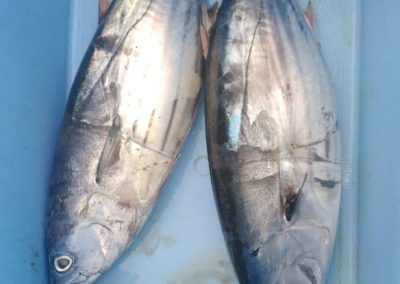 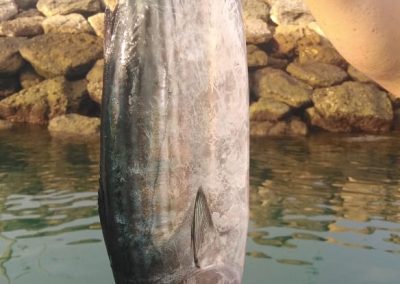 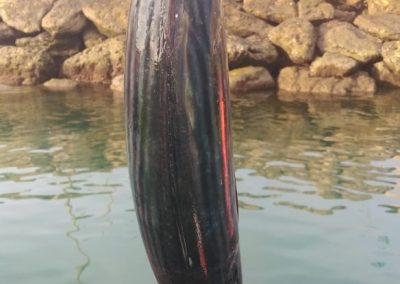